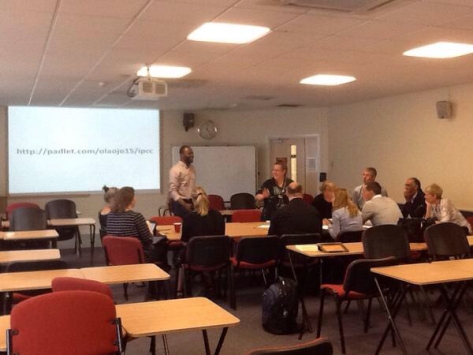 I facilitated an iPad (and other tablets) Coffee Club session last week during the Technology Enhanced eLearning Education (TEEE) Festival at the University of Huddersfield. 12 colleagues attended which was a decent turn-out as the Coffee Club sessions tend to average 10-15 attendees.

The main activity for the Coffee Club session was to get colleagues into groups to discuss and share apps which they use for 4C purposes:  (a) Communicate (b) Curate (c) Collaborate and (d) Create. I would originally have used Post-it notes for this activity but opted for an electronic option instead. I must confess that I took along Post-it notes to the session just in case the electronic option didn’t work out.

My initial intention was for Coffee Club attendees to use Google Docs to share their 4C apps via their tablet devices. I decided against this because of the requirement to have a Google account to use Google Docs.  It was too risky to assume that everyone would have a Google account hence I needed a tool that didn’t require an account login. Padlet met this criterion.

It should be noted that Padlet is a web based tool not an iPad app. The 12 Coffee Club attendees were divided into two groups of 6 and the Padlet web link was displayed on the big projected screen. Some of the 12 attendees didn’t have a tablet device so each group had a designated note taker who owned a tablet device and this person visited the Padlet site via the Safari app on their device. They then typed up the apps discussed in their groups on to the Padlet 4C web wall.

The advantage of using Padlet over Post-it notes was that the content generated by the two groups was immediately available online.  This meant that I didn’t have to collate lots of Post-it notes to type up when I got back to the office.

Academics stated in my BJET research study that they were reluctant to use their iPads for teaching purposes because their students didn’t have school-issued tablets. I wanted to show Coffee Club colleagues that not all of their students need to have tablet devices in order for academics to teach with tablets. As long as some students have smart devices then students could work together in groups with a group member who owns a tablet or smart device operating as the designated note taker.

BERA and HEA funded projects on academics’ use of iPads 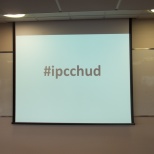 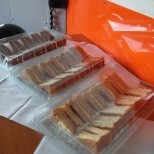 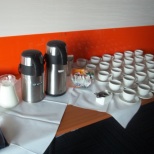 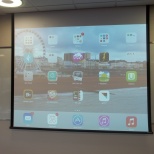 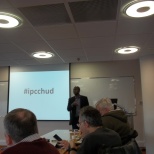 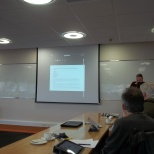 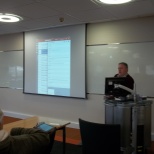 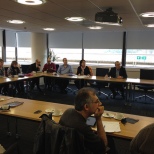 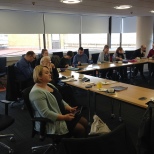 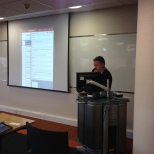 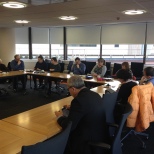 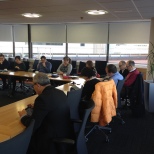 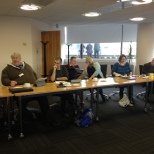 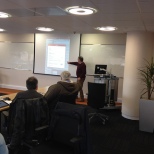 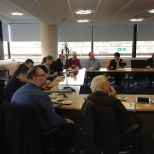 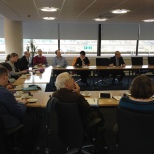 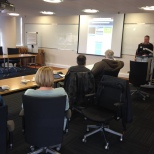 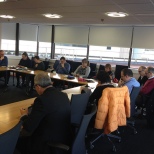 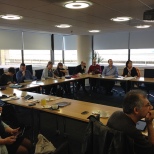 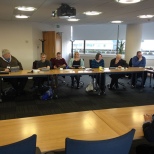